There aren’t many things that make a mother’s eyes light up more than a great big plate homemade pavlova. (I’m obviously referring to myself here)

And this beautiful recipe, with a golden sugar meringue, whipped yoghurt & cream cheese frosting and dripping with pretty pink rhubarb is no exception.

The forced English rhubarb we get at this time of year is one of my favourite seasonal ingredients; how could it not be being bright pink. The tart flavour cuts through the sugary meringue, while the velvety whipped yogurt and cream cheese makes a welcome change from the usual pile of double cream and feels in some way, slightly healthier. A perfect dessert!

Wash and trim the rhubarb and cut into 2cm pieces. Arrange  tightly packed but in one layer in an oven proof dish. Sprinkle over the sugar, rosewater and juice. Bake at 180 for 25 mins until soft but still holding it’s shape. Leave to cool.

Whisk the egg white into firm peaks, then slowly but continuously whisk in one spoonful of sugar until all combined. Turn up the whisk again and whisk well for another minute or two. Spoon out onto a lined baking tray – mark out the area of the plate it will be going on if you have one in mind to serve it on so you know it will fit. Pop into the oven at 130 degrees for 1 hour and 15 minutes, then turn off the oven and allow it to completely cool.

Seeds from 1 vanilla pod or a teaspoon of vanilla powder

Place all ingredients into the mixer and whisk for around 5 minutes. It will thicken up slightly but not as much as double cream would. Keep in the fridge until ready to serve.

Due to the luxuriously gooey nature of this dessert, I’d say it’s best assembled just before serving. 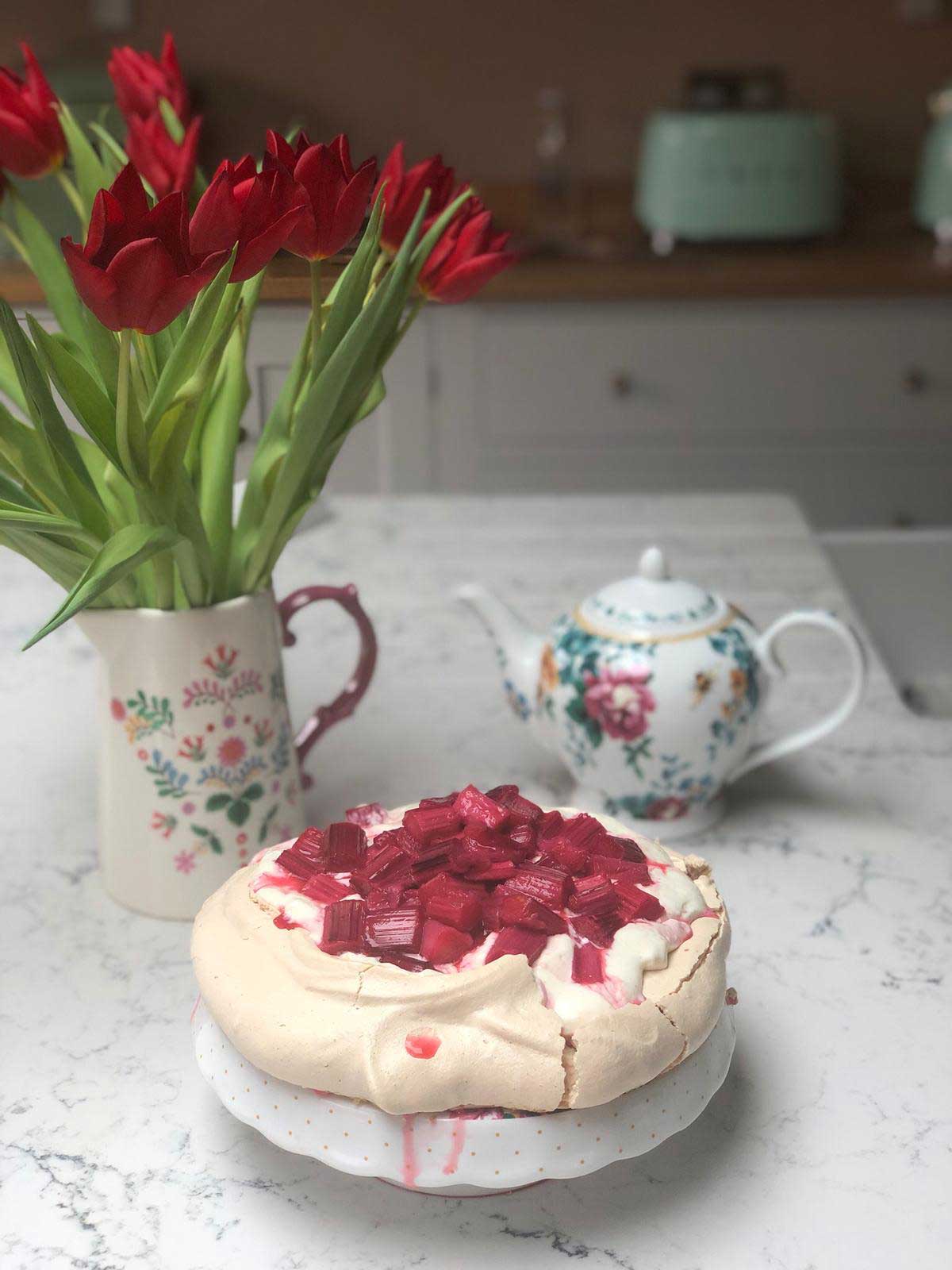 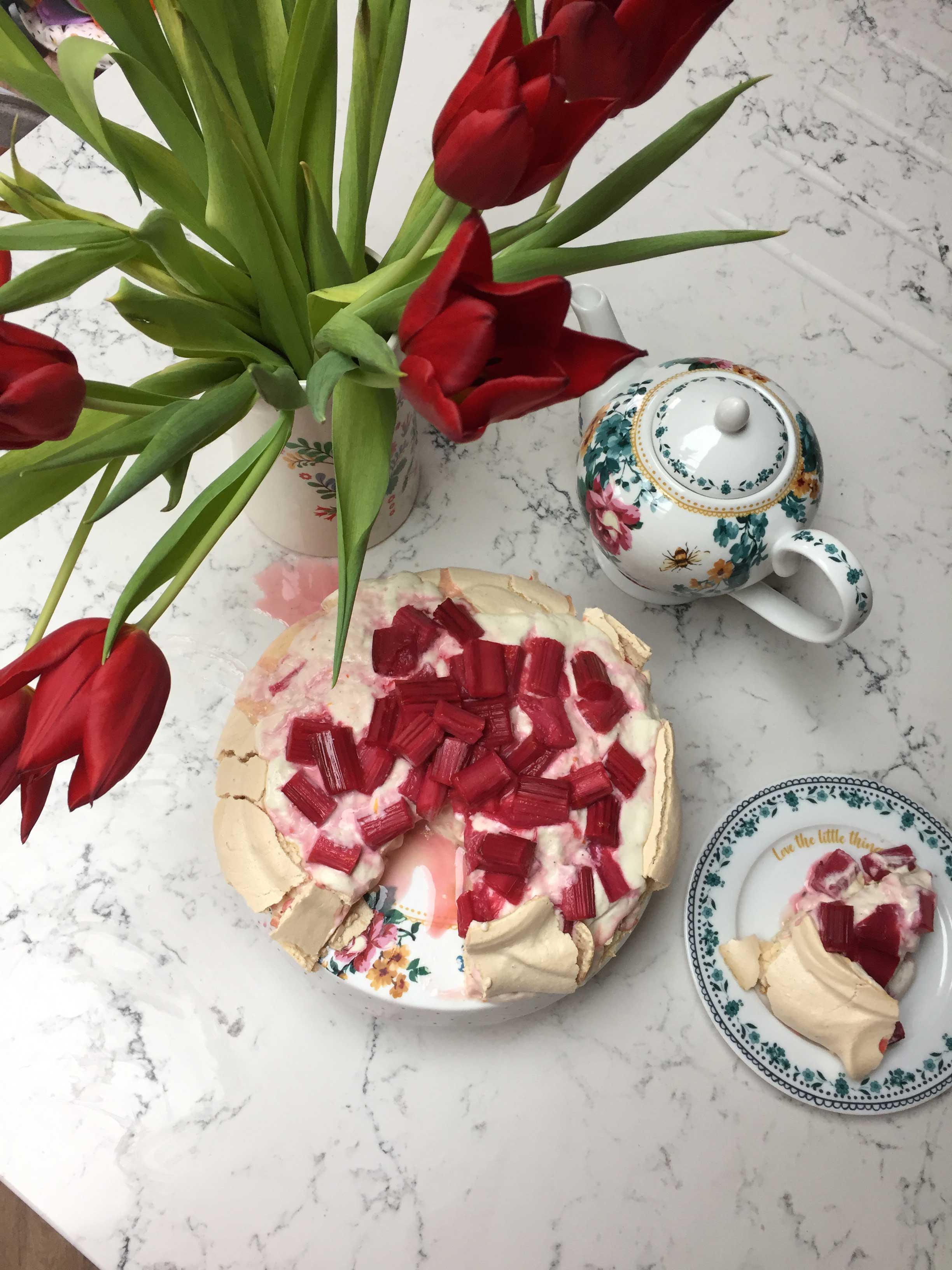