Where are your ceramics made?

This blog post has been a loooong time coming! ‘Where are your ceramics made?’ is one of the most frequent questions we get asked as a tableware business in an increasingly conscious world.

As we are about to launch our first small collection of English made ceramics, we thought it was the perfect time to answer this question openly and confidently. Partly because we are aware it will bring more attention to the fact that our other ceramics aren’t made in England, but also because we are extremely proud of all of our beautiful products!

And I thought the best way to answer it would be a Q&A…  with myself!

So, where are your ceramics made?

Up until now, all our ceramics have been made by our wonderful, trusted factory in China. We have been working with the same factory for many years, and most of the team have actually visited it to see our products being made and to meet the makers!

Why China and not just England?

China, and our factory in particular, are extremely skilled at decorating ceramics. Afterall, it’s something they have been practising for thousands and thousands of years. There is a reason ceramic ware is called china!

Also, if I’m being honest, price is a key factor. We are so happy to be supporting UK manufacturing with our new launch and will certainly continue to bring out small collections of British made ceramics, but I’m worried a full collection would just be too expensive for what our customers are used to. A teapot for example, instead of retailing for £25, have to retail for over £75… it’s a big jump! And part of the Katie Alice ethos has always been that we are aspirational, yet affordable.

And as I said – we love our Chinese factory and think they do an incredible job of our products!

Actually from what we’ve found, many English factories and Chinese factories work to very similar MOQ’s (minimum order quantities), which is usually somewhere in the region of 500-2000 – meaning you have to order that amount of one product as an absolute minimum. So the mass produced myth doesn’t really work here. And in both countries, the higher the quantity that you order, the more the price comes down. A lot of this is actually to do with the decal printing rather than the ceramics themselves.

What the bloomin’ heck is decal printing?

I’m glad you asked! Decals are the printed piece of artwork that is fired on to the body of the ceramics, creating the surface pattern design. Creating the plates for each colour in the design is the expensive bit, so designs with less colours in are cheaper to produce. Which is why our designs can be quite difficult to achieve. There are also some colours that are more expensive to produce – pink, for example can work out just as expensive as adding gold to a design! But the more decals you have printed, or the more you order of each product, the cheaper they are to produce.

But what about cheap labour in China?

It’s true, labour in China is a lot cheaper than it is in the UK, which is one of the reasons why they are able to produce ceramics so much cheaper. But the horrible stories that have been reported of unpleasant working conditions are certainly not true of the factory that we work with. There are a lot of certificates and audits factories must have now to supply retailers in the UK, which guarantee strict standards have been met and nothing sinister is going on. It’s worth remembering that living standards are much cheaper in China than they are here. And don’t forget, ceramics are a very important part of China’s history and culture. They have been doing it a long time now so they are pretty efficient at it!

How long have they been making China in China?

Named after the city in which it was discovered, China has been producing ceramic of some form for up to 18,000 years! Yes, a bloody long time! Porcelain being produced as an artform however can be traced back to as far as the 2nd Century. It’s fair to say that ceramicware and porcelain are ingrained in the Chinese culture. And ever since the Western worlds discovered Chinese ceramics, we have been obsessed with their beautiful, intricate work. I have spent many an afternoon wandering around the ceramics hall of the V&A museum, marvelling at their incredible collections.

But aren’t China one of the world’s worst culprits for carbon pollution? That’s not great…

Currently, yes they are and no it’s not great. But have you heard about their pledges to tackle this? China, actually, is the number one global renewable energy investor! In 2017 they cancelled plans for 100 new coal power plants. They have pledged to reach peak emissions before 2030 and carbon neutrality by 2060. They are also carrying out one of the largest reforestation projects in the world, as well as working on a new National Park System that will help preserve their ecosystems. It’s pretty amazing stuff that doesn’t always get reported in the mainstream media!

So, Is there a difference between ‘Made in England’ and ‘Decorated in England’?

Well, something that a lot of people don’t realise is, a lot of products that say ‘Decorated in England’  are actually made in China! The white body of the ceramics is made and shipped over to the UK where it is then decorated. This means the products can be labelled as ‘Decorated In England’, making them sound like they are made here. Now, don’t get me wrong, I think it is extremely important to support British manufacturing where ever possible, and it’s something that we may look at doing in the future. But for our first English collection we wanted our product to be entirely made in England, which they are!

Do any other British brands get their china made in China?

Another really good question Katie, with very surprising answers. Some of the very top English tableware brands also get ceramics made and decorated in China. Some that you would consider to be British brands through and through. I saw a collaboration between a Highstreet fashion brand and a top UK pottery in Selfridges a couple of years ago. It was a really beautiful cup and saucer, retailing for £95. As someone who works in ceramics, naturally the first thing I did was turn the cup upside down to look at the stamp on the bottom (if you know, you know) – only to discover it was made in… China! Which I think just goes to show the high quality of ceramics that come out of China.

Well, thank you Katie, it’s been great interviewing you and getting some honest answers about the ceramics industry

You’re welcome Katie. I really enjoyed this little project as a chance to do a bit of research and answer some of my own questions that have been plaguing me for a while.

I think it’s really important to have these conversations and not simplify the dialogue of whether English-made or Chinese-made is better.

Let’s do this again sometime – perhaps we could tell you all about the changes we’re making as a company to become more environmentally friendly?

Our first collection of UK made mugs will be arriving very soon! Sign up to our Katie Alice email newsletter to be the first to know! 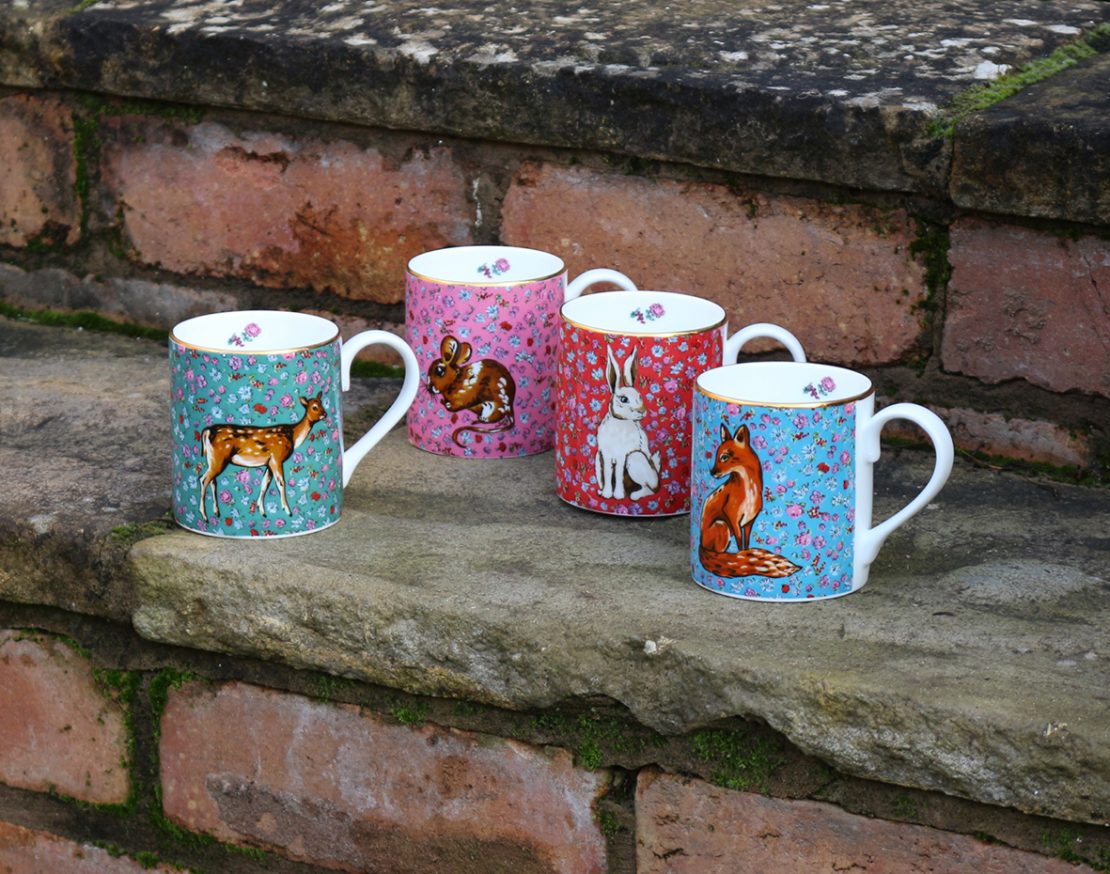